For our new Spring Summer 2021 collection, as with each new project, ME.LAND collaborates with artists from the French music scene. DeSaintex has agreed to be the image of the new collection. No question of erasing or appropriating his personality, he posed with his own look and chose the pairs he wanted. His choice immediately fell on our DEAKER model for its mix of recycled materials and colors that makes it unique and unexpected.

Espiegle crooner, DeSaintex continues to draw the vanishing point that he likes after having produced in quick succession two self-produced EPs 'Je vois, je crois' and 'Effigies' which led him to the Inouïs festival of Printemps de Bourges and to ensure the first parts of Gaetan Roussel or Voyou.

He gradually deploys a unique, multi-faceted universe without ever trying to lock himself in the shackles of French song. For several months, DeSaintex has composed, written and produced a first album that we are impatiently awaiting. 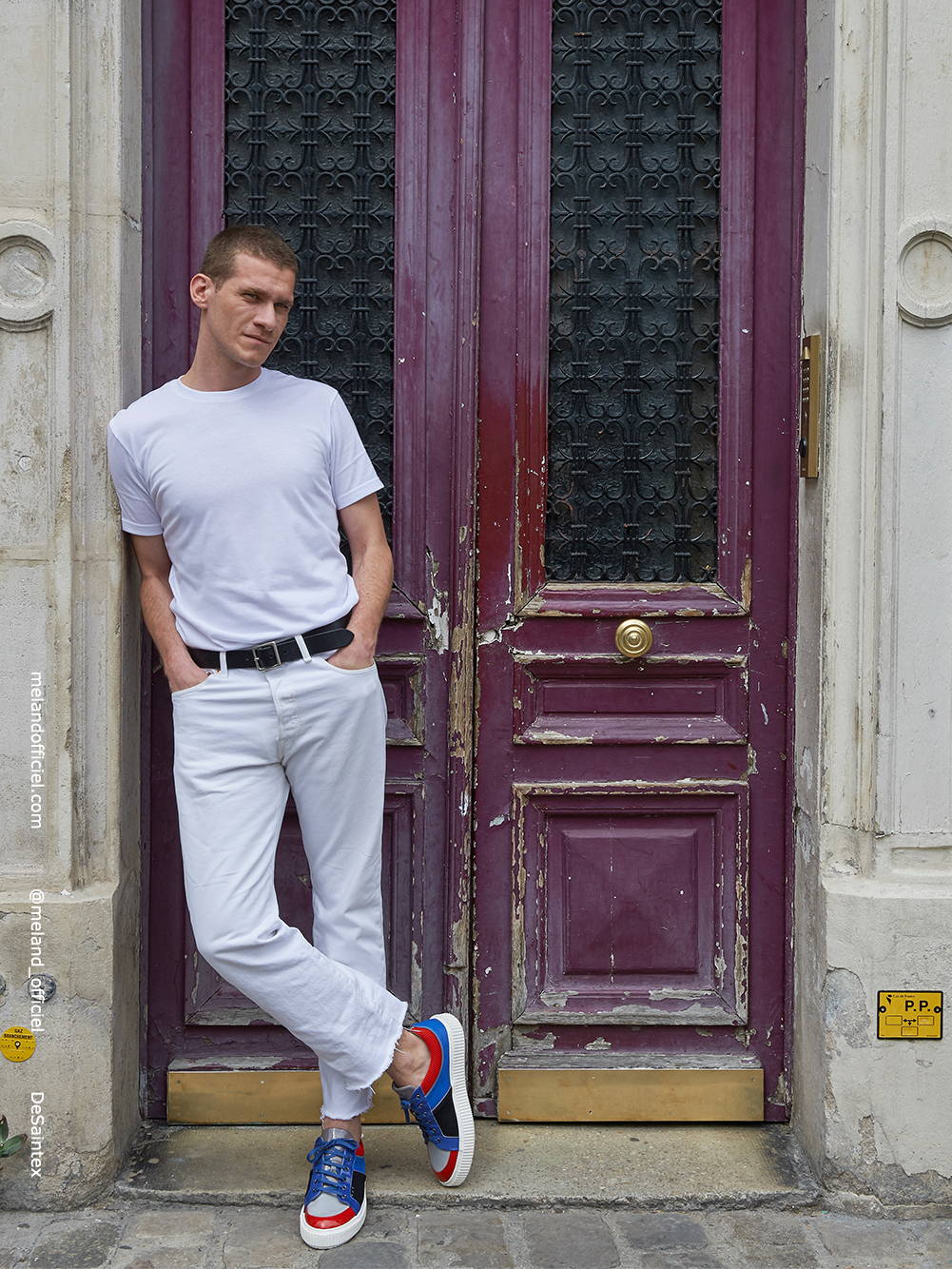 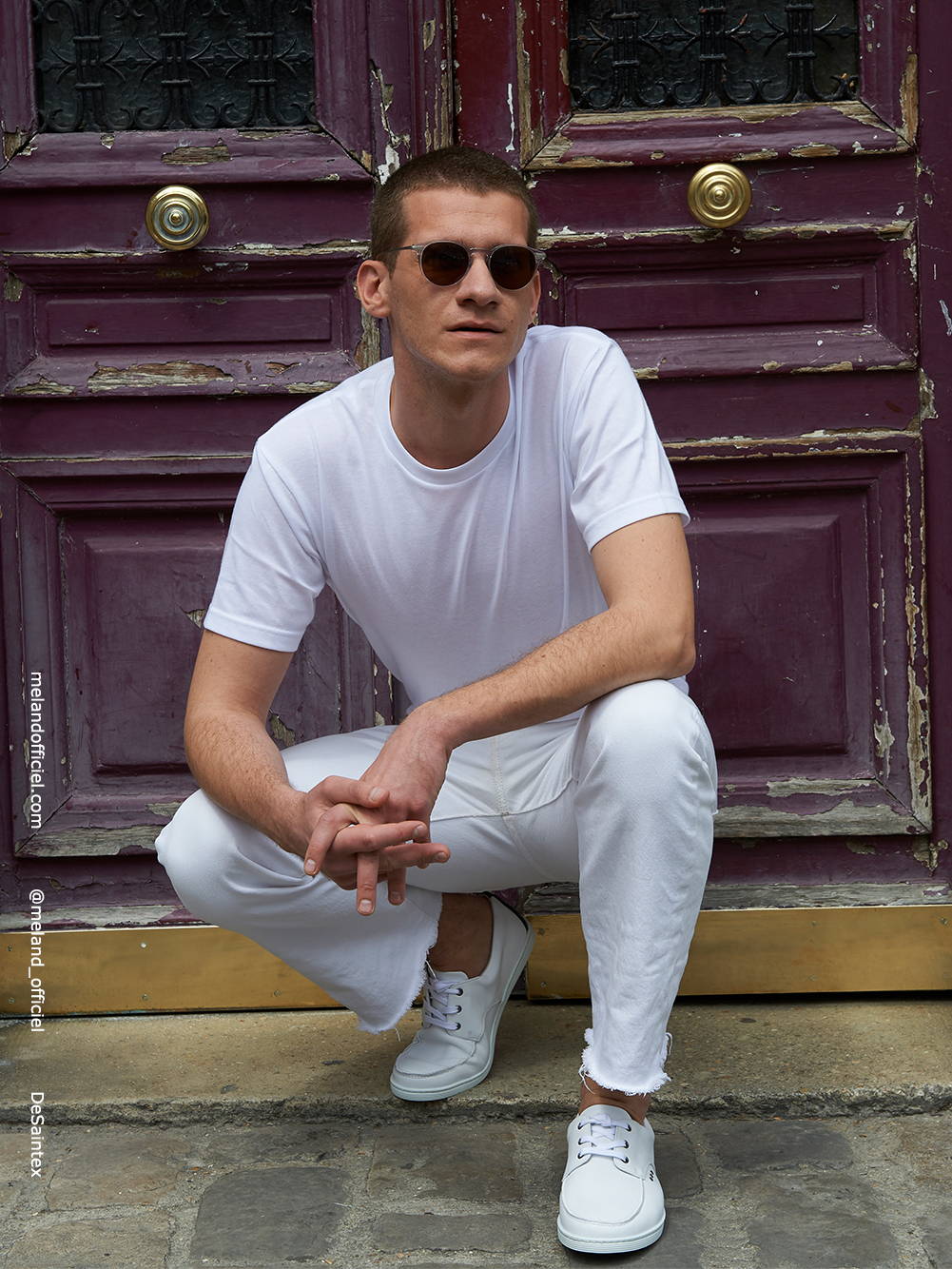